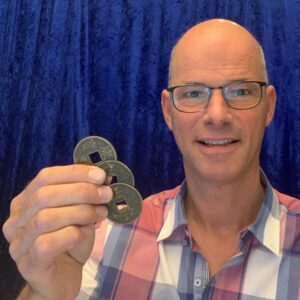 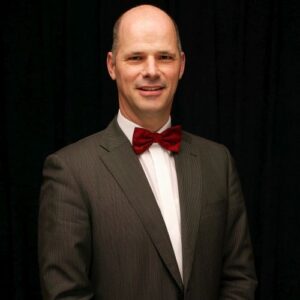 Magic via the screen for individuals and businesses.

Introduction
Magician Gerard is a passionate magician with lots of online magic experience. You are assured of quality, thanks to his technical mastery and many years of experience in stage magic and close-up magic. In addition, Gerard is active as a Magic Speaker, both live and online. Gerard’s Magic Lectures are captivating lectures where magic effects illustrate and reinforce the message.

An Online Energizer by Magician Gerard is the solution when you are looking for a special magical performance. If you also want to learn something, choose a Magical Lecture, a unique combination of entertainment and in-depth content!

Magician Gerard would like to help you to convey practical information in a magical way. For example, think of an energizer about Personal Leadership or another theme chosen by you.

Gerard always delivers customized work. This means he’s more than happy to think along with you about what is the best and most fun option in your situation.
Regularly requested acts are:

Biography
Gerard’s passion for magic has been his second job since 1993. In 2007 he decided to become self-employed and founded his own company: Magic in Communication.

Since then, Gerard has been giving professional magic shows under this umbrella, both on stage, and directly among the people with table magic – and of course online too! As a Magical Speaker, Gerard gives instructive lectures combined with appropriate magic effects. Much of his inspiration comes from NLP of which he completed a traject to become NLP trainer in 2014. He has also delved into positive psychology.

For many years, Gerard has been performing both live and online selflessly for Magic Care, a foundation that helps vulnerable children get ahead with magic performances and magic lessons. It brightens their day!

In early 2020, Gerard focused entirely on online magic performances. With his only magic he performs for small companies and large multinationals.
He is the founder of Online Energizers, a group of colleagues who, like him, provide high quality energizers at (among others) webinars, digital conferences and online meetings.

Experience
Gerard has decades of experience with magic shows of any kind. Besides countless private parties he also performed for PwC (PricewaterhouseCoopers), Rabobank, the Police, Omron, McDonalds, and many other companies.

Because he loves the Christmas atmosphere so much, Gerard also performs as Magical Santa.

Be the first to review “Magician Gerard” Cancel reply