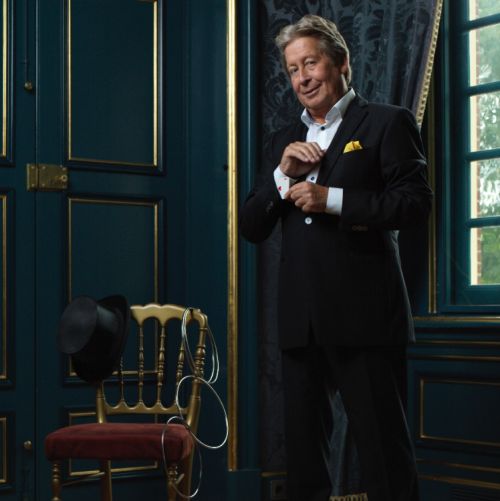 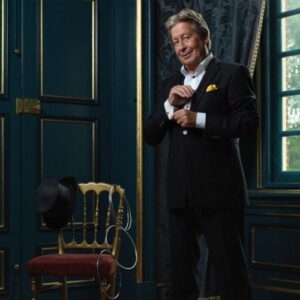 Mindblowing performance by the most famous Dutch magician

Introduction
World-famous magician and entertainer Hans Kazàn presents an exclusive and interactive online magic show!
This means that everyone at home can sit in the front row like a true VIP. All attendees participate in this unique and amazing performance of Holland’s most famous magician. With lots of humor Hans pulls off the most bewildering acts, seemingly effortlessly. Top level entertainment that is guaranteed to be talked about for a long time to come. Hans knows how to surprise you online as well!

Biography
Hans Kazàn has been popular as an entertainer and television presenter for generations. He is a stand-up magician who entertains special audiences all over the world with his magic and humor! In 1973, just twenty years young, Hans became a prize winner at the world championships for illusionists in the famous Salles Pleyel in Paris. From that moment on, his career went through the roof. With his unremitting energy, Hans performed countless shows in theaters – year in and year out – and also quickly became a well known television personality. Magical television shows – which he produced and presented himself, as well as countless entertainment programs by his own hand – could be seen on television with almost daily regularity. The popular game show “Prijzenslag” (internationally known as “The price is right”) was broadcasted on TV in 880 (!) episodes.

The duration of this magical Online Energizer is approximately thirty minutes.

Be the first to review “Hans Kazàn” Reactie annuleren