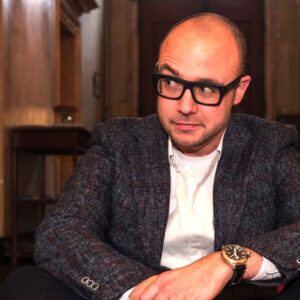 Marc has several national and international awards to his name. For example, in 2008 he was the ‘Best Magician of NL’ in the category ‘Parlour-Magic’. In 2012 and 2014 he was the ‘Best Table Magician’, at the Gonga Magic Contest. In 2016 he won the second prize at the nationawide championship for the Dutch art of magic. In 2006, he was second at the Netherlands Bar-Magic cup. Yes, Marc truly is a truly great magician, who manages to beat a lot of other magician with his special tricks. Both nationally and internationally. You may also know Marc Woods from television. For example, he participated in a recording of ‘Hufterproof’ by WNL (broadcast on NPO3). Marc himself is a friendly professional who enjoys the magic with all his heart. His love for the wonders of illusionism can never be mistaken.

If you are looking for a seasoned magician Marc Woods is your man. He not only performs in the Netherlands, but also abroad. He has performed his magic tricks in seven different countries. Wherever he goes, Marc will create a pleasant atmosphere, which suits the party or event he is performing for. Always adapted to your wishes, of course! Because of his wide range of activities as a magician, illusionist or Mindhacker we might simply describe Marc as a magic specialist. Go and experience it for yourself!

Does your event have very special requirements? Of course it is possible to book Marc for completely customized shows – inquire about the possibilities.

Be the first to review “Marc Woods” Reactie annuleren