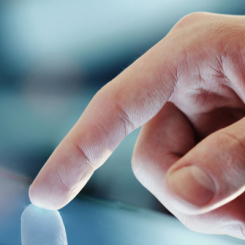 Touch what the game master calls out
🕒 0.5 min/round.

Someone calls out an object and the race begins.

Participants must touch what the facilitator calls out. The game can be played while seated, or players can walk around the room. In the latter case, players might bring the touched object and hold it in front of the camera for verification. (When the game is played while sitting down, they must point the camera at it.

Tips for variation, or to bring in an element of competition:

Be the first to review “Touch Blue” Cancel reply