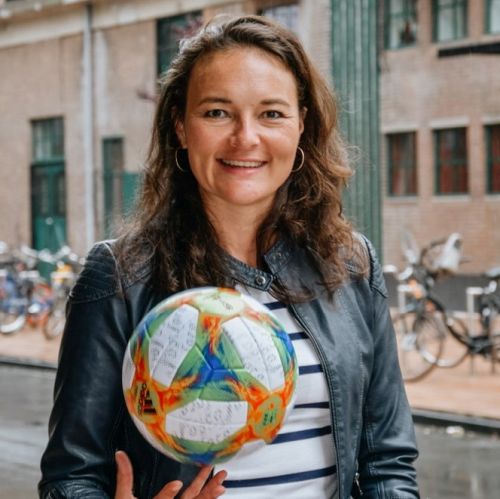 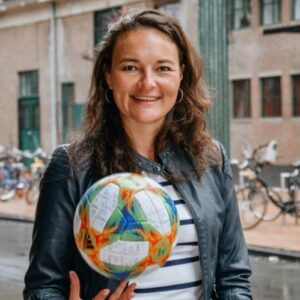 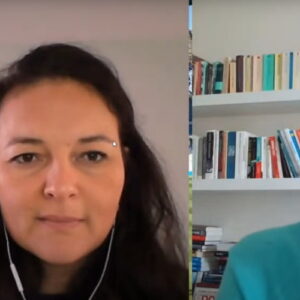 Scoring with your network – Esther Huijsmans

Get anything done with your network

Sports & events professional teaches you the art of networking.

Introduction
Online Energizer Esther Huijsmans is a sports & events professional with over twenty years of experience in the field of international sports and entertainment projects, such as FIFA World Cups (football), Olympic Games, UEFA EUROs (women’s and men’s football) and Tomorrowland Winter (music). Partly due to this work, Esther has built up an enormous network. She wishes the same for others! The importance of networking should never be underestimated, it’s safe to say that a valuable network is necessary to get ahead in life.

The question that people often asked Esther about working on such large-scale events was how she managed to get there herself. Her answer was always simple: via my network!

During her Online Energizer, Esther can speak on any of the following topics – you decide!:

Biography
Connecting and bringing people together was something Esther already did well in her younger years. During her college years, she co-authored the book I Network So I Exist. Working as a project manager she developed the online training course “Connecting with Confidence,” explaining how to build a valuable and powerful network.

As a child, Esther Huijsmans already loved sports. Because of this love for sports, Esther started working as an organizer of large-scale sporting events, after her studies in business economics. She started out as a volunteer during Euro 2000 in the Low Countries and discovered that people did this work full time, she wanted that. And she’s got it too! Today, she has been active at a professional level in the sports & events industry for over twenty years and worked in managerial positions at various sporting events at the very highest level.

Esther serves as a mentor to women in the sports industry already for many years. She initiated KICK-ES, an inspiration platform for women in sports. Esther is on a mission to empower women and get more women into leadership positions in the world of sports.

Of course, customization is possible. For example, this Online Energizer can also take place in English.

As a globetrotter, Esther speaks many languages. Challenge her when you are holding an online meeting for an international audience.

Esther has a lot of online experience and can lead an online (brainstorming) session as facilitator. Clubhouse and Zoom hold no secrets for her.