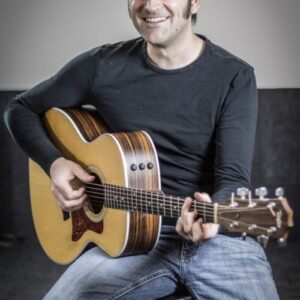 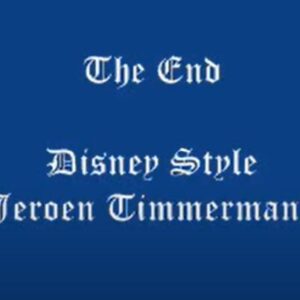 Sweet strings and a heart of gold

Introduction
Singer/songwriter Jeroen Timmermans plays sweet and relaxing music. His repertoire includes songs by John Denver and James Taylor. His own songs will also make you float away.

Online Energizer Jeroen has a light touch in his music. His guitar sparkles, and his voice sounds like that of big names like John Mayer and Simon & Garfunkel. If you like the golden seventies vibe, this Energizer is definitely the right one for you. The good old days are back for a while. And just think about it – relaxing also provides energy. Daydreaming allowed.

Biography
As mentioned above Jeroen also plays his own songs, inspired by classics like The Beatles and The Kinks. Paul Simon is his musical hero! Sometimes Jeroen arranges an entire South American orchestra to accompany him, at other times he keeps it oh so quiet. Just a man and his guitar. Besides many beautiful melodies, he has something else in advantage over the average Dutch musician. Jeroen is known for his perfect English – he earned his university degree in English literature. For those who listen intently, there are plenty of textual gems to discover. No clichés, Jeroen really has something to say about life.

Still looking for that proper noun, that’s slightly more than just a sound.

Experience
Jeroen Timmermans has played at countless weddings, company parties, pubs and stages. He has frequently worked with authors, producers, poets and theater companies, contributing his guitar and his voice to films and multimedia productions.

Need customization? Don’t hesitate and contact us. With a musical powerhouse like Jeroen a song request is always a possibility!