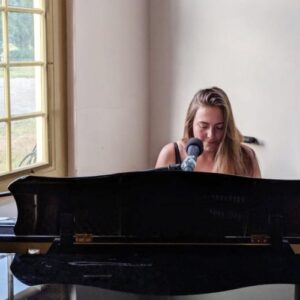 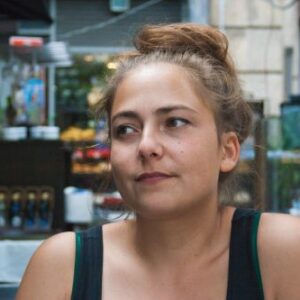 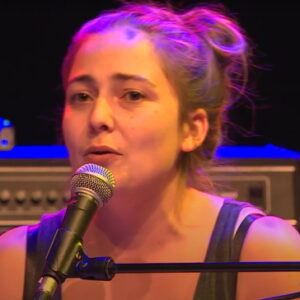 Intimate songs and soul from the heart

With her piano and voice, Hilin takes you on a wide-open journey.

Introduction
Once upon a time there was a singing bird, high up in a tree. She built her own nest from which she sings to all the world, even though it sounds like she’s performing just for you. It feels so special. Passionately Online Energizer Hilin takes you on her adventures and stories full of emotion and power. From a gentle breeze with light sounds to a big storm of real emotions. Hilin draws from soul, jazz, pop & blues-styles.

Biography
Hilin possesses an amazing voice, and songs that match her tremendous vocal quality. Her debut record is called The Bedroom Session and the title fits the intimate atmosphere of the album rather perfect. For a comparison, just think of songs by Lana del Rey, Amy Winehouse, Bat For Lashes and Tori Amos. If your meeting is in need of some soul power, Hilin is more than happy to bring it to you all!

Whether it’s a small gathering of colleagues – on the occasion of a promotion or farewell – or a digital stage for hundreds of people at your conference, Hilin doesn’t shy away from it. She will splash off the screen! Join her on a grand journey through the present, the past and the future.

It’s just me and the moon tonight, waiting for the sunrise.

Experience
Hilin has performed on the stages of Dutch concert halls such as P3, Paradiso, De Vorstin and Het Patronaat, and was part of the natinwide Popronde. She was also a guest of radio and television producer Kevin Baars in his famous Countdown Café. She contributed the vocal soundtrack to the international IDFA film Among Horses and Men. Major US distributor DistroKid included her in their R&B/Soul tips playlist. Previously, Hilin played with the urban fusion band 3rd Floor Magic, with whom she reached the finals of the Amsterdam Pop Prize, and won the North Holland NH-Pop Live Award .

Need a customized show? Contact us for all details. Suprise us with a request!

Be the first to review “Hilin” Cancel reply